After the city street photography journey, we decided to do something a little bit different – by getting ourselves drenched in sweats by climbing 272 steps in Batu Caves.

Batu Caves, which literally translated as Rock Caves is situated in a towering limestone formation, 13 kilometres north of Kuala Lumpur. A lot of visitors come here mainly for 3 things: to pray in the temples which are built in the cave, to soak in the view of the impressively built staircases and the gigantic golden statue of Hindu God Muruga, and to explore the cavities of the lime stones formation. 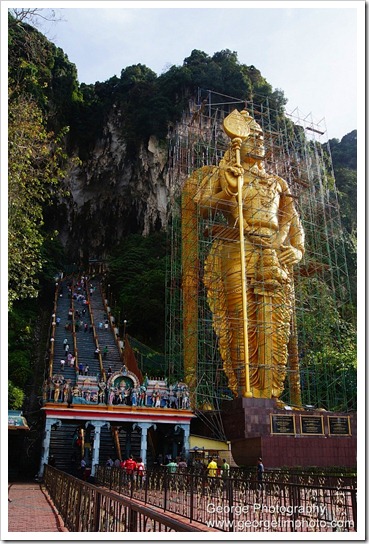 The surrounding stores at the foothill sell the ever so aromatic jasmine flower garlands with orchids tied at the bottom. The garlands looked incredibly vibrant and pleasing to the eyes. 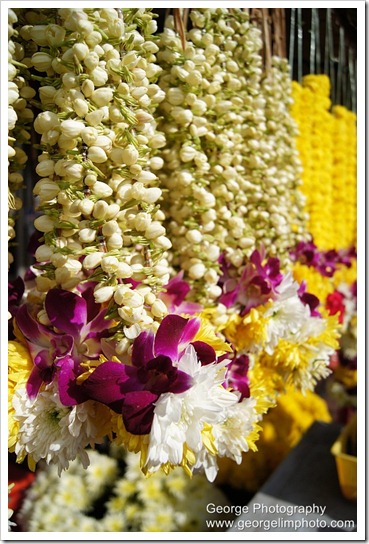 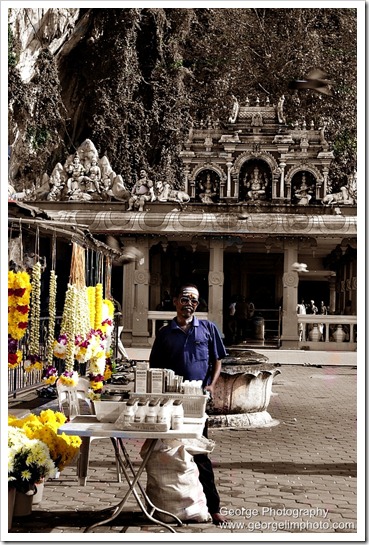 And of course, who else is selling those garlands other than the cool and hippie man with his shades on! 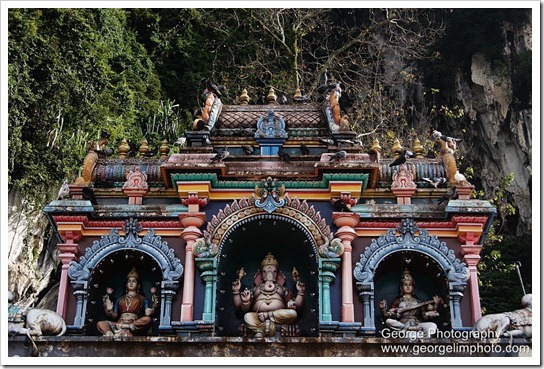 The meticulously sculptured roof of the temples at the foothill are well worth your second look and admiration.

A climb of 272 steps up to the temple cave itself is a true fitness test to all the visitors. And the bonus round to test your agility and problem solving mind would be those spell bounding monkeys that roam on the stairwells. Don’t be fooled by their cutesy look, those are not your ordinary monkeys. Those are the monkeys that can differentiate between Pepsi and Coke cans; and threw coconut shells down the stairwells just like bowling balls and hitting the people at the staircases like the bowling pins. 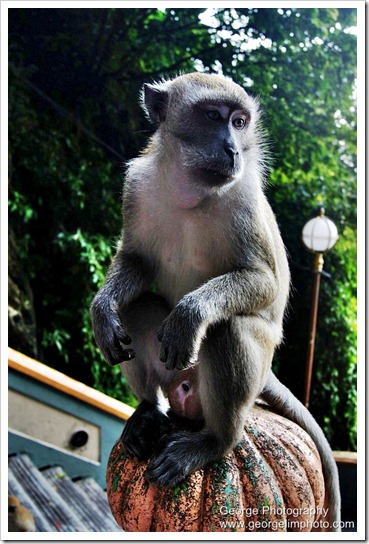 Once we have scaled the stairs, we are welcomed by the great sunshine that shined through the open space of the cave. 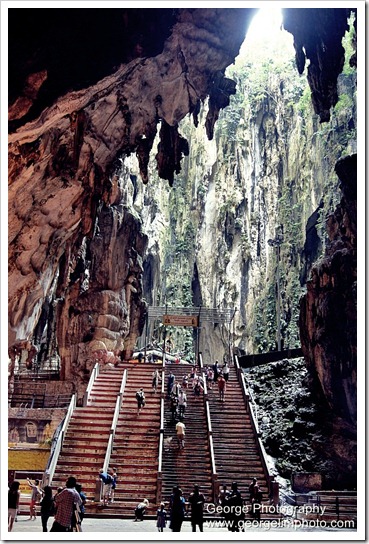 The view from our back was even more impressive! We spent a couple of minutes there trying to avert the crowd in our photos and also exchanged knowledge on photographic tricks that can be used in this unusual lighting situation. 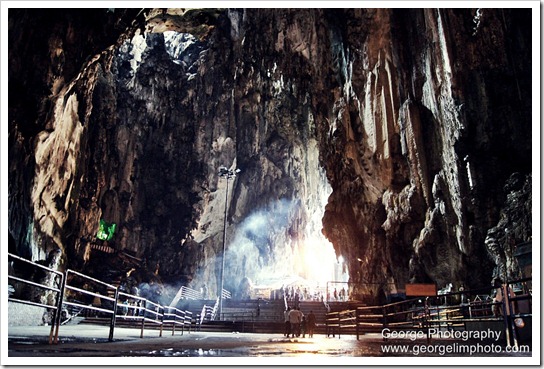 After the eventful morning, we drove to Putrajaya for an obligatory shot of the Prime Minister Office Building before heading to KLIA. Under the blazing sun on our back and looming clouds just right in front of the PM office, we managed to grab a shot. It really felt like in the Amazing Race where we just shoot and run. Ha! 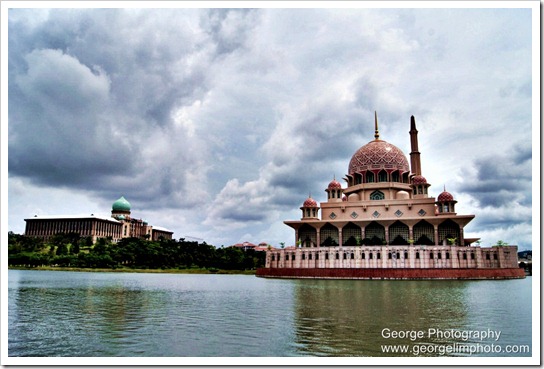 All in all, we did enjoy the photoshoot sessions immensely. I learned a lot from my mate and hopefully in the future I can make sure of the newly acquired techniques.

Stay tuned for my next travel trip photos: The mystical Borobudur…